An Analysis of Most Popular Games on Roblox in 2022

Roblox is an online game platform and game creation system developed by Roblox Corporation that allows users to program games and play games created by other users.Roblox is free to play, with in-game purchases available through a virtual currency called Robux. As of August 2020, Roblox had over 164 million monthly active users, including more than half of all American children under 16.

After collecting the data, lets say we save the data into a csv file named roblox_popular_rank_2022-03.csv. Regarding this file, it contains a total of 17 attributes and 3389876 rows of data. Among these attributes, we pay close attention to "playerCount", "name" and "RunDate" to see how the online players count result changes throughout March and throughout the day. For the file we chose to use, its data was organized in detail, the data structure was clear, the three datasets generated had meaningful data, the columns used had no obvious missing values or errors, and only two lines contain the none value of the selected attribute, which is perfectly analyze.

Two main analysis goals will be achieved: 1. The first task is to find a suitable proportional number that could represent 90% of the total player. 2. Extract and process data based on Task 1 to reflect how players calculate hourly and daily changes for March

Import data and select columns to be used:

Now do some data cleanup:

Since there are multiple datasets per day, in order to ensure the validity of the data, we create Figure 1 to figure out how much data should be used for the analysis task of this part. To get this proportion result, after sorting the player count attribute from largest to smallest, calculate each part’s proportion and draw the above graph. Core code shared below: 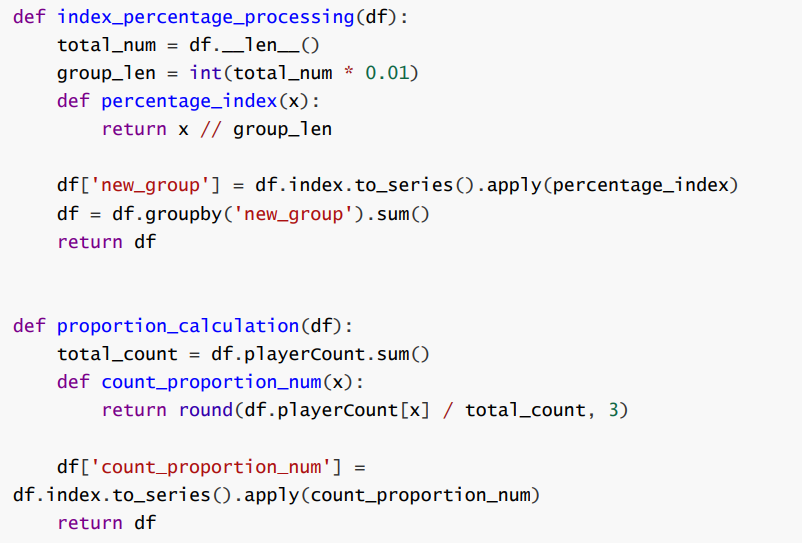 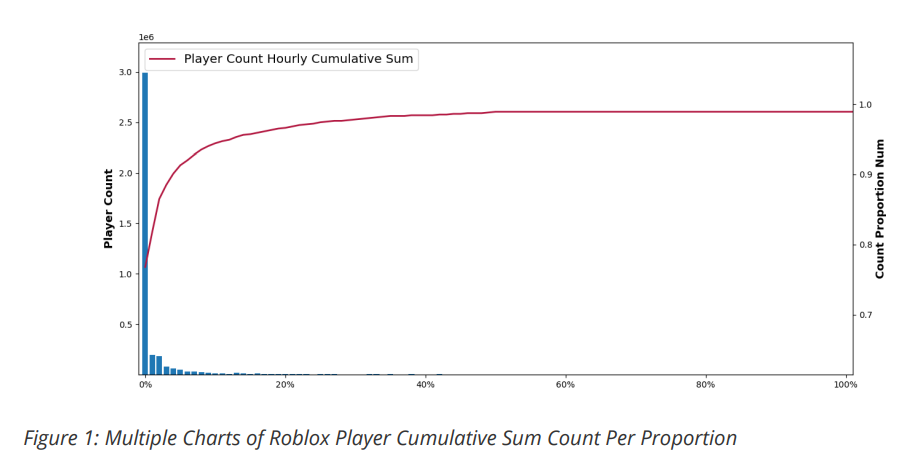 Figure 1 shows that top 5% of player count of dataset can represent 90% of the total, so top 5% of games of this dataset would be extracted for further analysis.

For completing Task 1, we extract top 5% of the sorted dataset and plot Figure 2 as the output of Task 1:

Essentially, there is a clear cyclical change in the data from week to week. Figure 2 and Figure 3 are ploted to show the change in the number of online players in March, reflecting a similar situation--with Monday being the day with the fewest online players, while there is a boost from Friday to Sunday, with the number of players peaking on Saturday.

Similarly, we can easily plot a chart to study the hourly player count trend as below: 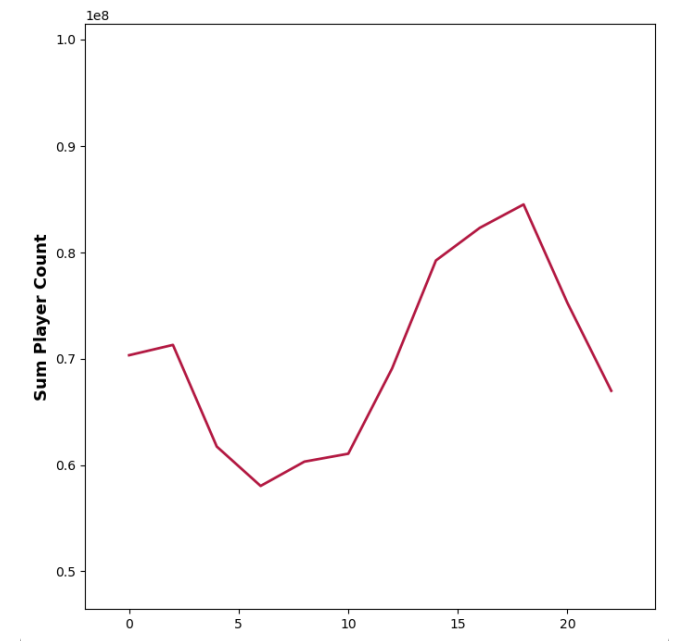 It it noticeable that players prefer to play at 18:00, and 6:00 is the time when the least people play. Last but not least, there is a clear upward trend in the number of players (average and sum) in the afternoon

Now let's pick the top 10 most popular games and plot a similar chart like the above: 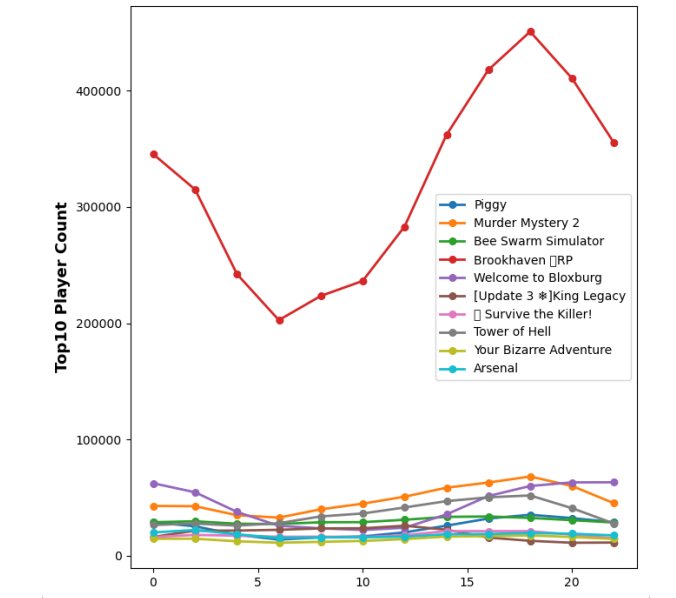 It is worth noting from this chart that the game called Brookhaven RP is the most popular one in March that has a one-day trend similar to the ones we have plotted earlier; and also the same pattern for games whose play count is below 100,000.

Web Crawlers to Scrape Millions of products from Lowes.com

Web Crawlers to Scrape Millions of US Housing Properties from Zillow.com

One of the industry's best Web Crawlers(Service) for China Major Ecommerce Websites such as Tmall, JD, Kaola, PinDuoDuo etc.